Lipid and doxorubicin concentrations were quantified by HPLC.

The percentage of encapsulated Doxorubicin in DOXIL® from Presome ACD-1: 100% 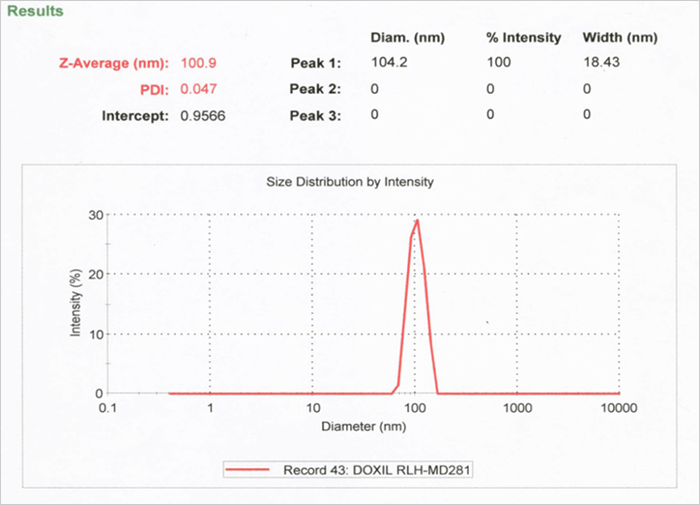 From the slope of the approximate curve of In ζ-potential vs. Debye-Huckel parameter plot 1], the thickness of the hydrated layer on the surface of the liposome was measured. 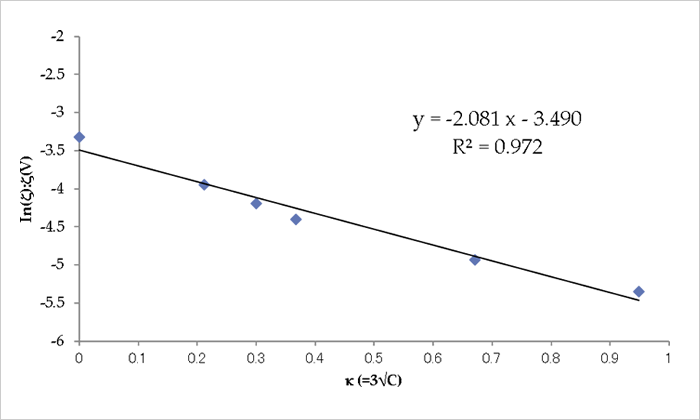 The thickness of the fixed aqueous layer of DOXIL® from Presome ACD-1: 2.1㎚

Negative staining: The samples were let to absorbed 400 mesh carbon coated grid and were put into 2% phospho tungstic acid solution [㏗7.0] for a few seconds.

Summary of Comparison with the commercial liposomal drug DOXIL®

As described above, we were able to prepare single membrane liposomes using Presome. In addition, most of the drug was retained in the liposome aqueous layer, and the lipid / drug composition, average particle size, particle distribution, and hydration layer thickness were shown to be equivalent to DOXIL®.
Based on these facts, it is considered that even if Presome is used, a liposomal drug equivalent to DOXIL® can be produced.

※2 - 4 will be repeated as necessary.

In the Nippon Fine Chemical Lipit Department, we have experienced encapsulating drugs in many liposomes using our abundant high-purity phospholipid series.
The Presome series is also available to provide services tailored to customer needs.

We own a variety of liposome production equipment that can handle small to medium scales, so we can meet your diverse needs for liposome development.